THE TALE OF THE ART HOUSE TACHELES

Talking “Tacheles”: (borrowed from yiddisch “tachles” / aim, purpose) arrant, to express one’s opinion without false considerateness, to expose the circumstances of a situation

A documentary about the last anarchic artist bastion in the center of Berlin and the turbulent history of a house, which is closely linked to German history and the history of a divided city. One and a half years the struggle of the artists against the imminent eviction has been documented. In addition, numerous archive materials starting with the construction of the house as a department store in 1908 and eyewitness reports take place in the film. The focus is on the founding idea of ​​the art house, which originated from the East German Free Jazz group “Tacheles”.

Between July 2010 and March 2012 more than 40 hours of video were shot, as a means of documenting the fight waged by the resident artists against being evicted from the internationally known Art House Tacheles in Berlin. The film is also a historical portrait, which explores the basic idea of the Tacheles. In 1990, directly after the fall of the Berlin Wall, it was taken over and squatted in by a circle of people associated with the East German Free Jazz Band “Tacheles”, which was a collaboration of different punk bands in the former GDR. The idea of Free Jazz (also with classic -, rock- and experimental elements) is to accept others as they are, and also what they are doing musically, and then to create your own style by adding something to it – to create something without a static leadership. The film is accompanied by old records of the Tacheles band, to let the walls speak. Tacheles, however, is not just a house or a band—it is also an art direction.

Nevertheless, the house represents different symbols. It shows the scars from the Second World War, along with 40 years of East German history, when the biggest part of the building was blown up. It is a symbol of the freedom of Berlin in the early nineties. One should not forget that it was also one of the most luxurious shopping arcades in Europe, based in the former Jewish district near the Oranienburger Strasse. It was built in 1908 and then went bankrupt in the same year.
All of this will be part of the question of what this strange Tacheles Art is about. Tacheles was indeed an internationally renowned tourist attraction. But beyond that, what has actually been going on here over the last 22 years? The film starts with the fall of the Berlin Wall and ends with the construction of another wall—the wall that is intended to separate the artists from the public space and to manifest the claim of ownership by the investors. 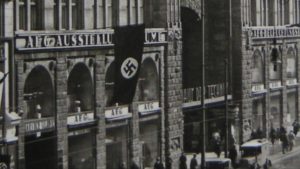 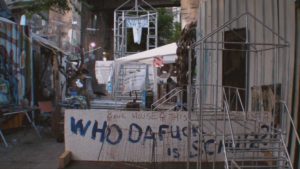 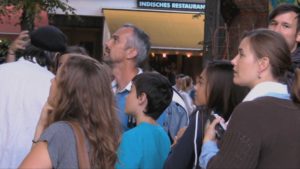 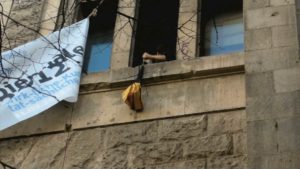 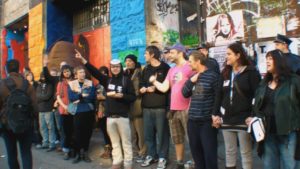 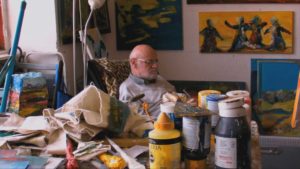 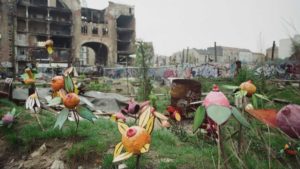 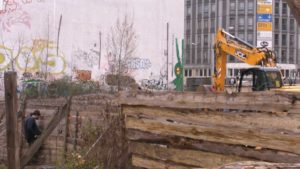 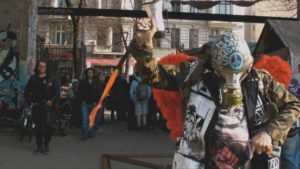 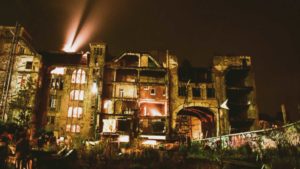 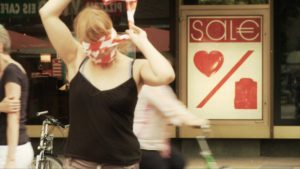 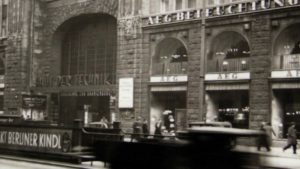 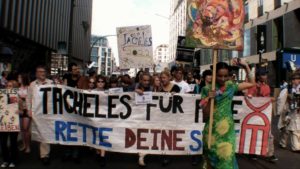 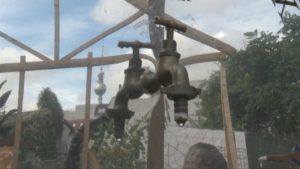 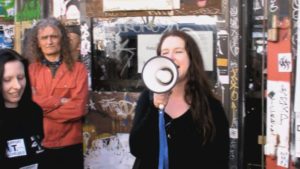 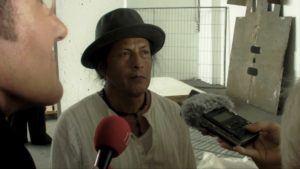 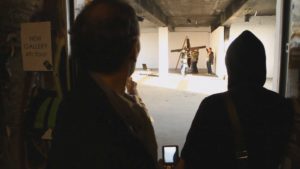 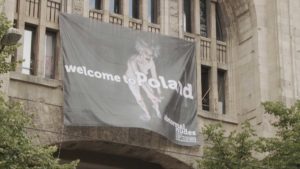 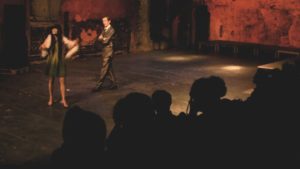 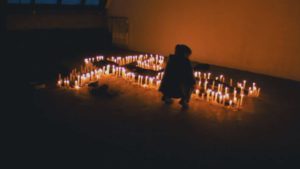 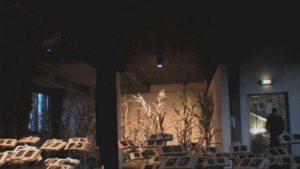